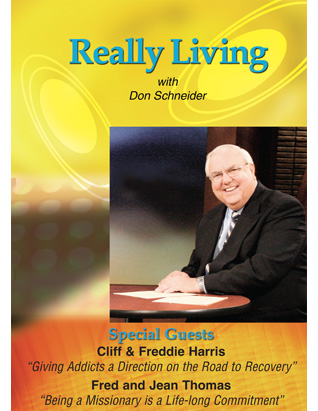 Really Living is a television program hosted by Don C. Schneider, former president of the Seventh-day Adventist Church in North America, for the Hope Channel. In each episode Schneider presents inspiring stories about people who know Jesus Christ and have experienced Really Living.

Missionary work is a lifestyle for Fred and Jean Thomas. Learn about how Fred and Jean grew up in the mission field and became missionaries as adults. In this episode, Fred and Jean share stories from their time in Africa, England, and various other places around the world. Duration: 49:32