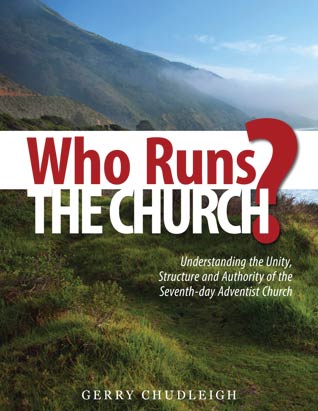 Who Runs the Church?

When the Seventh-day Adventist Church was organized in 1863, members and leaders saw the organizational structure as so near perfect that it must have been inspired by God. But by the 1890s the church was nearly torn apart by conflict over who had the final authority to decide how the church’s rapidly growing ministry was to be done.

Many, including Ellen White, believed the problem was that the General Conference had too much authority over local conferences and congregations, and that the church – from General Conference to local congregations – had too little authority over schools, publishing houses, hospitals, mission appointments, etc. In 1901, in response to a plea from Ellen White for complete change, the church structure was turned upside down through the creation of departments (health, education, Sabbath school, publishing, etc.) and the establishment of autonomous union conferences. It is that 1901 structure that determines who has authority in the church in the early 21st century.

At the end of that 1901 General Conference session Ellen White said, “God’s angels have been walking up and down in this congregation. I want everyone of you to remember this, and I want you to remember also that God has said that He will heal the wounds of His people.”

In Who Runs the Church? Gerry Chudleigh outlines the authority assigned to each level of the church today – General Conference, divisions, unions, local conferences and congregations. Chudleigh looks at the original structure to see why it failed, then details how the problem was fixed and harmony restored. Finally, he reviews the processes by which church authority has gradually become more centralized since 1901.

Among several interesting side trips, Chudleigh examines the context of Ellen White’s 1875 statement that the General Conference is God’s highest earthly authority, reviews her frustration with people quoting that statement “o’er and o’er and o’er again” to prevent change, and outlines her changing attitude toward centralized authority.

Gerry Chudleigh graduated from La Sierra and Andrews Universities and has served as a pastor and conference youth director for 18 years. He then become vice president for marketing and communication for Pacific Living Centers, a division of Adventist Health, then development director and manager of Faith For Today, then associate director of the Church Resources Consortium (CRC) for the North American Division. He is currently the communication director of the Pacific Union Conference.