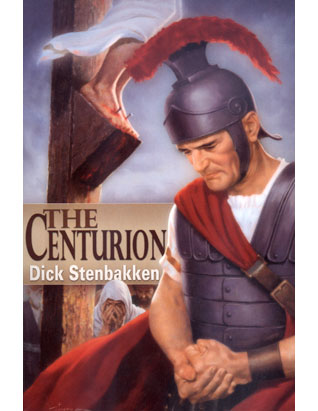 Longinus was a raw recruit. He and the rest of the Roman troops knew the barbarians were out there, waiting, planning, and eager for a fight. The enemy, “the savages,” were there but could not be seen in the dark forest or beyond the rocks in the fog-filled field. Suddenly, the barbarians began to shout, curse, and howl like animals as they rushed forward in a mad, death-defying charge. The two lines of warriors crashed into each other with ear-splitting violence….

Meet Longinus, once a scared young soldier, now the trusted centurion for the Roman governor Pontius Pilate. Life in the phalanx had once seemed to offer all the answers. Now, it only created questions. How should he react to the Man he’s now been commanded to crucify; this Man Jesus who seems to be the only One who really offers any hope?

You won’t want to put this book down. Author Dick Stebakken, a retired U.S. Army Chaplain, has woven a compelling story of the Roman Empire of the first century A.D. and its warfare during Jesus’ life, and the warfare in the heart of Longinus. At the end of each chapter are discussion questions to help the readers apply the lessons learned to their lives and spiritual commitments.